As you begin to make a video, you may ponder whether you should record in 60fps or 30fps, or what should be the ideal frame rate? You will find multiple answers available on the web which may confuse you as a beginner. I have done extensive research to discover the precise answer helping you record a seamless video fixing accurate frame rate.

So, should you record in 60fps or 30fps? That totally depends upon the type of the video or recording. Both of the frame rates have different purposes depending on the type of recording. 60fps is one of the faster frame rates which smoothly captures sports, actions, and helps in keeping the motions consistent and details crisp. Also, it is used for still frame pictures and slow-mos. On the other hand, 30fps frame rate is the standard frame rate that is ideal for NTSC TV productions.

This is not it, there is a lot more interesting behind these frame rates, why do they matter, what is their significance, their features and types, uses, and factors that should be considered. As a beginner videographer, these parameters together will help you form a professional video.

The Nitty-Gritty of the Frame Rate

Remember the flick books with a series of images that vary slowly from one page to next pages, and the pictures connect in a form of motion. This is exactly how the video works. Whether old-school film or digital, video is a series of still images that appear to move.

That movement or motion is possible because of that frame rate. They are an amount of individual video frames captured by your camera, each second. This rate controls the way images are shown.

These frame rates are usually expressed as “Frame per second” i.e. FPS. Every image has a frame so if a video is captured and played in 30fps which means that every second of the video contains 30 distinct still images.

The speed at which the entire video appears, tricks your brain into perceiving a consistent and smooth motion.
Additionally, frame rates come in a few different standards i.e. 120fps, 60fps, 30fps, 25fps, or 24fps.

The differences between the frame rates has everything to do with the look of the image. Each and every frame rate has different looks, where each is being the number of frames captured per second.

This type of rate is ideal for extreme time-lapse photography.

This is the go-to frame rate for stop-motion animation and time-lapse photography.

18fps is used for pictures with early motion.

24fps is one of the commonly used frame rates used for movies. Also, it is the standard frame rate for the cinema projectors, TVs and film shoots. This is used most for the videos recorded for the web.

30fps is the close-second standard for the NTSC TV for the live TV and sports. Also, this frame rate is used for soap operas and several video recording apps like Instagram and other smartphone apps.

This is the higher frame rate with more detailing. This was the frame rate which was used for the movie series, The Hobbit. This frame rate makes the footage look very realistic and eliminating the blurred image of quick actions and on pans.

Being faster than 48fps, this higher frame rate helps in capturing actions and sports. It helps in keeping the motion smooth and details very crisp. It is used for slow motion effects and still frame pictures. Normally, pictures are recorded in 60fps then slowed down to 24fps and 30fps during the post production, helping in creating a slow-mo effect. If you do the same thing with the video shot in 24fps, you will not get that better and smoother result, it will be presented like a choppy slow motion as there aren’t more frames like 60fps frame rate.

This is also among the high frame rates that is used for slow motion videos.

Faster than 60fps and 120fps, 300fps is an extremely fast high-speed frame used for ultra-slow-mo footages.

Used for special effects for pyrotechnics and explosions, 2500fps is the ultra-high-speed frame rate.

Video making wouldn’t have been possible without frame rates. The style and entire experience of a video is because of the frame rate. Several frame rates have different viewing experiences.

Choosing between a frame rate means selecting between realistic elements as to how you want your video to look like and whether you plan to use techniques such as motion blur effects or slow motions.

Movies, TV shows and everything we watch in a form of a video has frame rates associated to it. Cinematic films have 24fps, creating a very movielike look. Videos including actions or sport elements will likely have a higher frame rate as they keep the quick happenings smooth and crisp.

On the contrary, the animated GIFs do not have much details involved for a smaller file size that is why a low frame rate is selected for that purpose.

Should You Record In 60fps or 30fps? Consider These Parameters First

As a beginner videographer, you need to consider a few parameters for the frame rates for a smooth and professional video.

The frame rate of the video has a great effect on the entire look and feel of the video determining how realistic and genuine it appears. This concept is just like how we see the real world. Whenever we see a movement or motion such as driving a car or throwing a ball, we do see a natural motion blur. So, when you choose a specific frame rate, it will impersonate the motion blur, keeping the experience natural. In this case, if you choose a frame rate that is very high, that will lead to unrealistic affects.
If the video shows a lot of details that also makes the video look pretty unnatural. Conversely, if you choose a very low frame rate, that video will become choppy. So, you must always ensure to choose the frame rate that goes well with your video type. Frame rates have been explained above to let you choose smartly.

There is another significant key variable that should be taken into consideration is the amount of motion in your video. It is quite simple and easy to understand, if you have more motion in your video, you should consider a higher frame rate. This means that you would require higher level of detailing for the amount of motion captured. When you choose a higher frame rate, it also permits you to do more editing and have more flexibility.

Delivery is how the video is delivered through a specified platform. This may include a TV, YouTube, streaming on the web, film projectors, social media platform etc. The device the person used to view the video can greatly affect the options you have for the frame rate. Additionally, not all the delivery methods and devices support the frame rates so it is always best to consider this before taking plunge for the filming.
Now that you know the nitty-gritty of frame rates, common types of frame rates for different videos and parameters you should consider before filming, I hope you will make an informed decision and make a top-notch and smooth video. 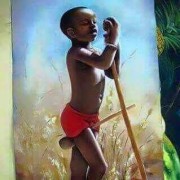 A photography enthusiast, a videography connoisseur. Kantai loves the lenses, but he adores words. When he is not out learning how to shoot kick-ass photos and videos, he is creating content to guide you through your photography, and filming escapades.