Venezuelan internet star Lele Pons isn’t just one of the most popular YouTubers around, she’s also an Instagram superstar. Many of her fans are curious about the camera she uses to take those stunning snaps and film her videos, so I did the research to find out

So, what camera does Lele Pons use? Lele Pons has never specified what camera she uses, but my best bet is that it’s the Sony A7R Mark II. This assumption is based on a glimpse I caught of it in the mirror in her recent house tour. It definitely looks like a Sony A7 series camera. However, it’s probably more likely that she uses a variety of cameras – or, more specifically, her production team does. She may have a whole camera crew filming some of her videos as she’s managed by production and management company Shots Studios.

You might be wondering why she’d choose the Sony A7R Mark II over all the other cameras in the market. I was too, so I did some more research to find out more about Lele Pons’ camera. Read on and I’ll share what I found out. But first, let’s talk a little more about the woman behind the camera.

Who is Lele Pons?

Her initial rise to fame came from Vine, the now-defunct platform on which content creators used to create very short comedy sketches for YouTube.

Since then, she’s branched out to create and publish longer-form videos and vlogs on her YouTube channel.

She’s also worked off the YouTube platform on mainstream television and has acted in various films, TV shows, and music videos, including a stint as host of. A woman of many trades, she’s even co-authored her own novel and released her own music.

Her Instagram account currently has 37.7 million followers – twice as many as her YouTube platform. As a creator whose livelihood depends on the quality of her stills as much as her videos, she needs a camera that can both take great photos and shoot great footage.

And on that note, let’s take a look at the camera she uses 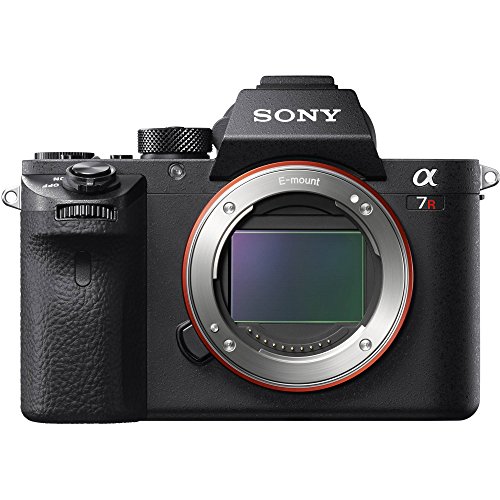 It’s clear why Lele Pons uses the Sony A7R, it’s a really great piece of kit that you can’t go wrong with. It’s one of Sony’s very best cameras to date and is perfect for solo creators and YouTubers. Here are some of the standout features that make this camera great.

One of the best things about the Sony A7R is that it’s a hybrid system capable of both video and high-end stills. The 42.4 megapixel-sensor allows photographers to snap incredibly high-quality photos. It’s double the typical 21 megapixels you find on most entry-level photography cameras.

It makes sense, then, that an Instagrammer/YouTuber Lele Pons would use it. After all, the quality of her Instagram snaps is just as important as her YouTube videos.

4K is the gold-standard of quality on YouTube. It’s the highest possible resolution you can get on the platform, allowing viewers to watch videos in true cinematic ultra-HD quality. Many creators on YouTube haven’t come around to 4K just yet, preferring to stick to the standard 1080p HD format, and Lele Pons seems to be one of them.

While she still usually only regularly uploads in 1080p, her camera is definitely capable of 4K shots. Maybe she’s planning on transitioning to 4K videos in the near future? Or maybe she just likes having the option.

Another great feature of the A7R II is the autofocus system. It’s ridiculously advanced and helps you avoid blurry footage by keeping the focus on your subject even when you’re filming panning or tracking shots at high speeds. Lele Pons doesn’t film a lot of ‘static’ videos, she tends to move around and film on the go, which makes the autofocus especially important.

It even has something called ‘eye focus’, which actually detects your subject’s eyes and uses that information to determine the perfect focus for a well-balanced shot. This comes in really handy for portrait photography, of which Lele Pons does a lot.

Finally, let’s talk about the 5-axis image stabilization. This clever design ensures that the body of the camera stays steady, helping to keep footage smooth while you’re recording. It’s a really great feature, especially if you plan on shooting handheld shots and have unsteady hands like me.

How Much Does Lele Pons’ Camera Cost?

Lele is a super popular YouTuber and she has over 15 million subscribers. She uploads a new video almost every week and for that, she needs a really great camera. You probably assume that Lele’s camera would be way out of the average person budget, but honestly, it’s not that expensive given the quality.

To get your hands on a brand new Sony A7R II with a lens, it will likely cost you somewhere in the region of $2300. Granted, that does seem pretty expensive, but as I said earlier, this is a really awesome camera.

The Sony A7R II produces near professional-level videos when used properly. As such, $2300 is actually a bargain for a camera this good. If you are a seasoned video maker looking to invest in a high-quality camera, the Sony A7R II could be a really good choice. However, in real terms, it’s still pretty expensive, and unless you’re a YouTuber with millions of subscribers, it may be worth going for something cheaper.

Keep reading to find some alternatives to Lele Pons’ camera that are a little more budget-friendly.

Lele Pons’ camera of choice is pretty awesome if you have the budget for it, but if you don’t you shouldn’t miss out. Below are my top alternatives to the Sony A7R II that can use to produce great videos for a fraction of the cost.

Seriously, if you don’t have a Canon G7X Mark II, do you even YouTube? The Canon G7X Mark II is voted year after year as the best vlogging camera for YouTube and you can buy one for around $600.

Unlike the Sony A7R II, it can’t record in 4K but it still has really high resolution and great autofocus. It also has a flip screen which most YouTubers will tell you that they can’t live without. You can also try out the older version of  Canon G7X Mark II, the G7X. It has a lot of the same features but it’s a little more budget-friendly than the newer versions.

Want a Sony Camera but can’t afford the A7R II? The Sony A6000 is a great alternative. It has a lot of similar features to the A7R II and because it’s a Sony you can be sure it has great build quality.

That concludes this post about Lele Pons camera. Now you know all about the camera she uses and why she uses it. If you’re interested in finding out what cameras other influencers use, make sure you check out some of the other articles here on Improve Video Studio.