With more than 5.5 million subscribers on his YouTube Channel and more than a billion views on his videos, Mark has a substantial presence in the online world.

His food vlogging is enjoyed by many, and a large no. of people regard him as the best food and travel vlogger in the world, and it is not difficult to understand why.

His informative, as well as entertaining videos, depict his passion and enthusiasm for traveling and food. If you are impressed by Mark’s work and want to know the camera that he uses to capture his food and travel experiences, you have landed at the right place.

Having found out about the camera that Mark Weins prefers and relies on for his vlogging and photography, I did some research to know more about the features of LUMIX GX8 and what makes the camera stand out amongst many other popular cameras.

In this article, you will find the key features, price and other relevant details of Panasonic LUMIX GX8 that might be helpful if you are looking for a new camera like Mark Wiens’. 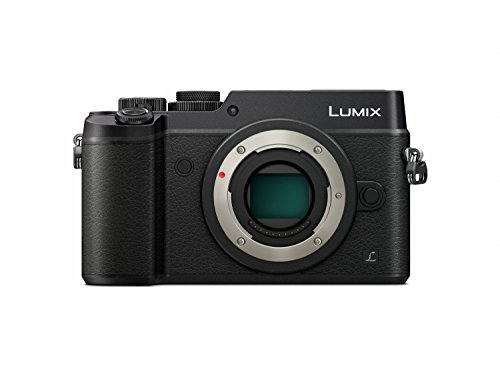 Apart from Sony, Canon, and Nikon, a brand that has made a name in the worlds of cameras is Panasonic. Panasonic offers a wide range of cameras from pocket-sized point-and-shoot cameras to pro mirrorless models. However, it is best known for its interchangeable lens G-series mirrorless cameras. The ‘G’ cameras by Panasonic, however, come in two types.

They have either DSLR-style bodies with a viewfinder on the top or they have a smaller shape similar to old rangefinder cameras and might have a viewfinder or not depending on their price.

Mark Wiens’ camera LUMIX GX8 belongs to the latter category. The GX8 has a host of features that a camera enthusiast would expect in a new camera, such as time lapse, HDR modes, panorama, Wi-Fi and NFC connectivity.

It is truly a camera of the times.

One of the major features of the GX8 camera is the addition of the new mode called ‘Post Focus’. The Post Focus mode enables capturing up to 49 points of focus in a single burst.

The mode can work with any lens that has the capability of autofocusing. In this mode, the camera records 4K video, focusing from one frame to another.

Once all the differently focused images are captured, you can review the sequence and select the ones that you would like to use.

You can then tap and swipe the touchscreen of the camera to toggle through various focus points in a sequence.

Even under direct sunlight conditions, the contrast and framing is perfect, while high (0.77x magnification) makes it easy to see image details.

Another thing that makes LUMIX GX8 stand out from various other cameras is its high-speed auto-focus.

The Depth From Defocus (DFD) Auto-focus technology means that it can capture even the fasting moving action.

The new system enables autofocusing speed of up to 0.07 seconds and a burst shooting speed with continuous Auto-focus of 6 frames per second. This is accompanied by fast and precise AF tracking.

As a result, you get focused images in various conditions, which also include low light conditions. The LUMIX GX8 also integrates the Starlight AF to enable you to shoot a star in the night sky with autofocus.

The LUMIX GX8 has a 20.3 megapixel Digital Live MOS imaging sensor, which replaces the 16MP sensor in the GX7.

This gives high image quality and increases the resolution and dynamic range performance from their previous version.

In GX8, we can find a combination of this new sensor with the same Venus Engine image processor of their professional level model GH4.

This is accompanied with increasingly high ISO noise sensitivity with more natural processing of noise reduction.

Apart from high image quality and auto-focus, the GX8 also has some high ISO capabilities.

It allows shooting up to ISO 25,600, though with the higher the ISO, there is a bit of noise.

Video quality is an important aspect to look for when it comes to selecting a camera. Currently, 4K videos are more in demand and the LUMIX GX8 captures moments with superb 4K imaging performance.

For video recording, it offers a version of Dual Image Stabilization. The electronic image stabilization system in GX8 works in conjunction with the lens-based 2-axis system to make it a combination of 5-axis Hybrid OIS system.

However, in 4K recording mode, the video Hybrid OIS does not work, and works only for lower resolution and Full HD mode.

Mark Wiens camera, the Panasonic LUMIX GX8 is a micro four-thirds camera. This means that it has the versatility of pro-level DSLRs in a more portable structure.

It provides 20 interchangeable lens options to bring photographic versatility. The design is compact and has travel-friendly portability, but it is not too small as compared to other micro four-thirds systems cameras.

It still fits nicely in the palm and is not too heavy to not being able to carry in a bag easily.

Like most of the other Panasonic cameras, the LUMIX GX8 also has the Wi-Fi and NFC capability. The built-in Wi-Fi and NFC connectivity makes it easy to share images and videos.

NFC enables establishing a connection with your supporting device or phone for better control.

How much does Mark Wiens’ Camera Panasonic LUMIX GX8 cost?

The Panasoic LUMIX GX8 is all-around camera that is capable of lots of fast action and high-quality video.

Such a remarkable combination of performance and features comes at a cost of around $900 for the body-only configuration, according to Amazon.

Given all the strengths and smartness of the camera, the price seems quite reasonable for professionals who are looking for precision and clarity in their images and videos.

Novice photographers and vloggers may find the price on the higher side but if they want to invest, GX8 is a versatile piece of equipment.

If you are looking for a small and portable, all-around, enthusiast-level mirrorless camera that is affordable, the GX8 is the answer!

The camera is ideal for travel, street photography and general walk-around shooting and can be used with smaller lenses too. It is a great all-rounder camera that comes with some amazing features and technology.

The 4K video quality with easy social sharing makes it a nice choice for vloggers.

Sporting a 20MP sensor combined with the GH4’s Venus Engine image processor, the top-notch image quality capabilities along with high ISO performance make it a camera worth considering.